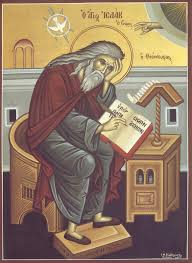 St. Thalassios the Libyan said ‘Shun whoever lives dissolutely, even if many hold him in high esteem.’
The quote above is only one of many quotes found in “works and books” of wisdom.
Most of us, if not all of us, are here because we have been wounded, abused, or taken advantage of by the the kind of person who is the ultimate example of dissolute, a psychopath.

Defines dissolute as “living in a way that other people strongly disapprove of, I.e. Immoral

http://dictionary.cambridge.org/dictionary/american-english/dissolute
says “showing a lack of good character and morals.”

In addition to those ten flags, I think there is one more indication to me that a person is probably high in psychopathic traits, and that is a dissolute lifestyle.

We have looked at the definition of dissolute from two respected dictionaries and they both pretty much agree that it is the kind of person who lacks character, or morals, but what does a person look like who lacks character and morals? How do we know that someone lacks these important things?

I guess we could start with looking at what character actually is. I’ve been reading the book Character Disturbance the Phenomenon of Our Age by Dr. George K. Simon, Jr. Before reading this book, I really hadn’t looked closely at what I thought the definition of a person’s “character” is, I just loosely thought, “well it means the way someone is,” but there is really more to it than that, actually. Dr. Simon defines “character” as, “those distinct aspects of personality that reflect the presence and strength of a person’s virtues, personal ethics, social conscientiousness and depth of commitment to respect-worthy and meritorious social conduct.”

So in effect, a person of “good character” is one that would have positive ethics, social conscientiousness and good morals as defined by the general culture in which they were brought up. Unfortunately, some groups in the world have become so radicalized that what is “normal” and “good” for them is deemed psychopathic and Hitler-esk by the western world. What is going on now with the terror, such as the attacks in Paris recently demonstrate.

I look back at every relationship I’ve had with a psychopath or someone high in psychopathic traits, and in the end I was able to see that those persons did not have good character, even if at first they may have appeared to do so. Some of the people I have known who I think were high in psychopathic traits (at the very least!) I came to see had very poor moral compasses, and were not the kind of people I would have said had “good character” had I known them early on as well as I came to know them later. Unfortunately, by the time I realized that their character was less than ideal, I was already to some extent “involved” with them in one way or another, which made it much more difficult to “shun” them.

As many of you know, one of my favorite sayings is “past behavior is the best indicator of future behavior.” While I realize that there are those people who have been criminals and in prison and get out and become law abiding citizens, and that there are drug and alcohol addicts who “go straight” and never use again, the bottom line is that the odds are against such a transformation in a person’s life. One of my good friends is a minister who works with prisoners in a program called Kiros. Of the people in their program, there is only a 10% recidivism rate, where in the normal prison population it is upwards of 60%. Now I am sure that the good priest believes that his program changes lives in these men and women. It is also possible that the program is so successful because the only the people who have made a decision to change sign up for their program, so the low recidivism rate doesn’t really prove that they actually made such a difference, only that those who signed up for their program in general had a real desire to change and did so.

As a Christian, I would like to believe that the teachings of the Bible can change a person’s character and the teachings can instill a moral compass in a person, but in actual fact, I think the Bible is a good guide for a person who already has a desire to live a decent and moral life, but it isn’t going to instill a conscience in someone who is devoid of such to start with.

While none of us are “perfect” or have never done anything that we might be embarrassed if it was published on the front page of tomorrow’s newspaper, if we have a moral compass and a conscience that tells us what is right and wrong, and we care what is right or wrong, then we should be able to look at another person and assess their character by how they act.

Many people high in psychopathic traits tend to wear “masks” to disguise their psychopathic traits and/or their manipulative motives, they may be well educated and positioned in a profession. People high in psychopathic traits may also have a criminal record, or live as parasites on others, expecting others to provide transportation, shelter and food for them instead of working and providing these things for themselves. If a person is not honest in their business dealings or in respecting their responsibilities such as honoring their marriage vows and parenting their children, their lack of character shows clearly. Why should we be surprised that a person who does not honor their vows to one partner would not keep their word to us? Or why should we be surprised if a person steals at work that they would steal from us? If a person treats others poorly they will eventually treat us poorly.

As we get to know someone, and start to be able to see their character—for better or for worse—those that show they lack good character should be removed from our inner circle of intimacy. We can’t always pick who we live next door to, or who we work with, or who our brother marries, but we can always pick those that we allow into our “circle of intimacy” and those that we trust. By looking for the people with good character, with kindness, compassion, and a strong conscience, for our intimate companions and friends, we enable ourselves to weed those people high in psychopathic traits out of our lives. The less we associate with people without good character, the safer we are in our lives.