From the use of ‘coercion and threats’ to ’emotional abuse’, this shocking ‘checklist’ for dating women was posted on Twitter by California ‘pick-up artist’ Julien Blanc.

The diagram, featuring three sections entitled ‘physical’, ‘violence’ and ‘sexual’, was originally designed by a domestic abuse charity to help women identify when they are being abused.

However, the 25-year-old uploaded it to his Twitter page earlier this week, alongside the caption: ‘May as well be a checklist… #HowToMakeHerStay.’

The post, which has now been hidden online, came as British politicians urged the country’s Home Secretary Teresa May to ban Mr Blanc from coming to the UK. 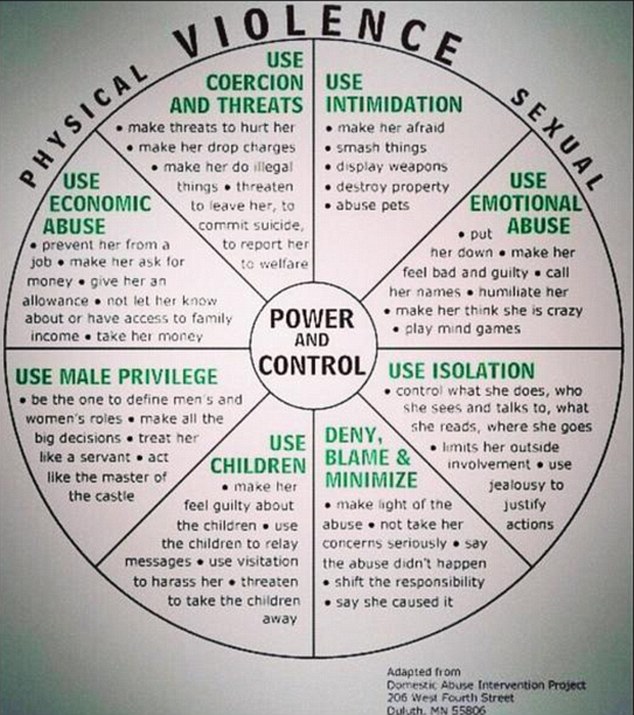 Shocking: Self-described ‘pick-up artist’ Julien Blanc, from California, posted this chart – designed to help women identify when they are being abused – on his Twitter page, calling it a ‘checklist’ for ‘making her stay’

I’ve read about this guy before, and his “advice” on how to “pick up women” which he sells for high dollars, but this is about the worst I’ve seen or heard of him.

These tactics, unfortunately, DO WORK in keeping a woman subservient to an abuser if she allows them. And, also unfortunately, “picking up” and having sex with many different  women is the goal of way too many men without any conscience. Research shows that about 75% of domestic abusers (both male and female) are full-on psychopaths and control “freaks.” This advice would not appeal to any man with a conscience in my opinion.

I find it quite wise of the UK to not allow this man into their country. He is not a citizen there and has no “right” to visit that country, so I do hope they do not allow him to enter the UK. Also glad that the folks “Down Under” sent him packing earlier than he had planned. I hope other countries will also ban him from going there.

What is so very disturbing about this man, though, is that people will pay him for his “advice” and I believe that only men who are inclined to be abusive anyway, would value this advice.