My grandfather was sort of a “backwoods philosopher” and he had some interesting “sayings” and “proverbs” that definitely hit the truth on the head. One of the ones he told me when I was a little kid was “once a cat jumps on a HOT (wood) stove you’ll never get it on a cold one.” I didn’t understand what he meant but later in adulthood I did.

Once we have been BURNED by something, ever afterwards we are wary of anything that resembles the thing that burned us, so yes, indeed, if a cat jumps up on a hot wood stove it will never jump up on any stove in the future. It learned its lesson that stoves will burn, so it applies the same information to any stoves and takes no chances on jumping up on another one.

In our lives, the generality that we apply to the things and people who have burned us we call “triggers” and when we encounter one of these things or people similar to the thing or person who burned us, it “triggers” us into a state of anxiety. There is a difference between “anxiety” and “fear” though these two states of mind “feel” almost the same.

Fear is the emotion that we feel when we are presented with a “clear and present danger” that is happening NOW. If a person points a gun to your head you FEAR it. However, if you are anxious that someone MIGHT point a gun to your head, that is anxiety, not fear. While this may be a strange concept to many people, there is definitely a big difference in fear and anxiety and what may participate those feelings in our minds. 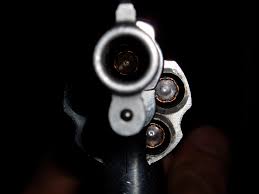 Two years ago when I was working on the parole protest for my son Patrick’s up coming parole hearing, The process of “reliving” that nightmare and thinking about what he had done, sent me into a tailspin of ANXIETY that  sent me back into the abyss. I was also blindsided when I asked several long time friends who had known Patrick and knew my “story” to write letters and those people had refused to do so. I think that they were anxious that if they wrote a letter Patrick would know about it and come after them for doing so. Of course there was no way that Patrick could ever find out who had written letters of protest as the parole hearings are like a grand jury, totally secret. But  the fact that my “friends” refused (for whatever reason) literally devastated me and helped propel me into the deep abyss of anxiety. I felt as if I was abandoned by these people who refused to help me keep Patrick in prison. Of course these people had a perfect right to say “no” to my request, but their refusals were “triggers” that I allowed to send me into a terrifying level of anxiety.

There are all kinds of triggers that can send us into a downward spiral of anxiety depending on what “burned” us in the first place. For the cat it is a stove that burned them so they get anxious when they are in the same room with a stove (hot or cold!) Sometimes if it was a male that abused us we may be triggered by any male. Or if it was an intimate partner or family member who abused us it may be generalized to all close relationships and we may avoid becoming close to someone else again because if we are not “close” to anyone then they are not able to hurt us like the original abuser did.

But whatever our “triggers” are that can set off anxiety of being burned again, we can control how we react to them. Unlike the cat, we have powers of reason and deductive thinking. We can realize that we are “triggered” by, say for example, loud spoken men, but we can also realize that not ALL men who speak loudly are dangerous. When we do feel ourselves becoming anxious, we can stop and analyze what is triggering us, and control that emotion. Anxiety is not something that we can not control. It is under our control if we take control of it when we first begin to feel it and ask ourselves what about our environment is  generating this state of mind. Once we acknowledge that we are feeling anxious, then we can assess the situation and see if our feeling is anxiety or fear. We can quieten and console that inner “child” that is anxious. If there is a real and present danger then we can deal with that danger, but if there is no real and present danger then our feelings of anxiety and panic can be put to rest.

Until recent years I had not realized how anxious I was most of the time. Anxious that I might offend someone or be found at fault in some way. Even the prospect of Patrick getting out because I had not “worked” hard enough to collect enough letters sent me into an anxious downward spiral that left me a quivering puddle of emotions flat on the floor, literally unable to function effectively. But recognizing what is a clear and present danger  to be feared from what is simply anxiety is important in controlling this crippling emotion.

Becoming aware of our emotions and what triggers them is important in our healing process.