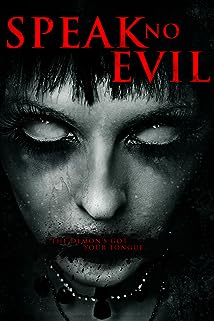 The ex-lover of paedophile singer Ian Watkins claims to have reported him to police five times over four years before officers believed her, a court head today.
Joanne Mjadzelics, 39, told Cardiff Crown Court that she told police and social services about Watkins’ child sex crimes in 2008, 2009, 2011 and 2012.
But a court heard police refused to collect the phone and computer of Mjadzelics after she told them he had sent her indecent images of a ‘very young girl being abused’.
The 39-year-old from Doncaster, South Yorkshire, is accused of four counts of possessing indecent images of children, two charges of distributing indecent images of children and one charge of encouraging Watkins to send her an indecent image of a child.
She denies all charges against her.
Mjadzelics claims that she was trying to ‘trap’ the Lostprophets singer on her own and get ‘evidence’ against him after police ‘failed to act.
The Independent Police Complaints Commission has three ongoing independent investigations into the response of South Wales Police, Bedfordshire Police and South Yorkshire Police to allegations that Watkins was abusing children.

Some of the victims of Bill Cosby reported that they had talked to others about the attack shortly after it happened and they were pretty well laughed off as “no one would believe you.” It was only when one victim came forward that the others had the courage to also come forward. While the statute of limitations is expired in most of these cases and Cosby can’t be prosecuted legally, he is still liable to a civil suit in court that would expose in detail his behavior. Of course hs legal defense team is already gathering as much “dirt” on the victims as they can find. The fact is though, that even if a woman works as a w-hore that does not mean she can’t be raped.

In my own case, my family except for my youngest son, would not believe me about Ken Hamilton’s criminal records even though I had print outs of his information found on the Sexual Offender’s official registry. During the height of my own “insanity” from having to flee my home, I went to a therapist, and spent two hours telling him basically “My entire family is conspiring to kill me.” He very patiently listened and then at the end, asked me if I could bring someone or something to corroborate my story.

Actually, I quit crying and laughed when he said this..telling him “You think I might be a paranoid schizophrenic don’t you?” He just smiled, but the next appointment I took in my younger son and a ton of documentation. I wasn’t all that offended by his request, as I know my story is bizzare and I don’t blame him for not believing it outright on just my word.

When I called an attorney in Texas to hire him to protest Patrick’s parole, I could “hear” him rolling his eyes…he didn’t believe me/ But then I sent him a big box of documents and a couple of weeks later, he called me back, his voice showing awe and said “Your son is a baaaaad man.” Again I laughed and said “You didn’t believe me did you?” And he admitted he hadn’t until he saw the evidence.

When victims “report” the psychopath’s behaviors to friends, family or the police and they are not believed, it has a very negative effect on the victim, as they are invalidated, accused of being a liar or being out for “revenge” by saying all these negative things about some one. Though I lied about the rape to the police after my biological father beat and raped me. I told my mother thinking she would give me some sympathy. When she refused to believe me even though she knew “he would tell a lie when the truth would fit better” I was crushed. As a 19 year old who had been abused by a truly evil man, I didn’t know how to cope or where to go for help. It took me decades to finally come to closure about that event.

Not only have I not been believed when I talked about the various behaviors in the offenders around me, but when I was warned about some people, I too refused to listen to the person who warned me, to my own detriment as it turned out. I thought I “knew” that person, when in fact, they were just in the “love bombing” stage of our relationship and I thought I “knew better.”

I think the not being believed when we warn others and the other side of the coin, us not believing when we are warned is almost universal to humanity. Not only on a personal level, but look at the WWII rise of Hitler. I am reminded of a true story of survival by a Jewish family who decided to flee Germany with only the clothing on their backs and a bit of money. The man tried to warn his Jewish friends and neighbors about Hitler, but their response was “What would we do with the furniture?” The family fled and eventually settled in Canada, while their friends and relatives in Germany all died in the camps. We tend to not believe what we don’t want to believe it seems.

In the case of powerful or rich men, such as Bill Cosby and many others who have offended, such as the furor over Prince Andrew of the UK’s being charged with sex with an underage female who states she was forced to do so, so many times the victim is blamed or accused of lying. With powerful political connections such as Andrew’s friend and convicted pedophile who got a slap on the wrist for his offenses, many times these offenses are either ignored because the victim is not believed, or covered up by “well meaning” friends in high places, leaving the victims blowing in the winds of trauma.